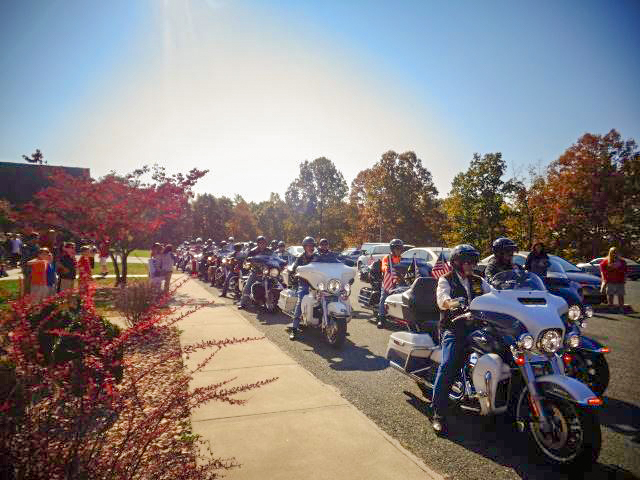 The story of Desmond Doss, which we have shared with our students for many years but is now becoming widely known because of the upcoming movie by Mel Gibson called Hacksaw Ridge, is impacting so many lives. We saw that first-hand today when a large group of Harley Davidson / motorcycle-riding Veterans drove into our school’s parking lot to honor the memory of and pay tribute to Desmond Doss for his courage and heroics in World War II.

As a result, our students were blessed today to meet and interact with these wonderful veterans who also served our country faithfully. What an exciting day to be a student or staff member at Desmond T. Doss Christian Academy! 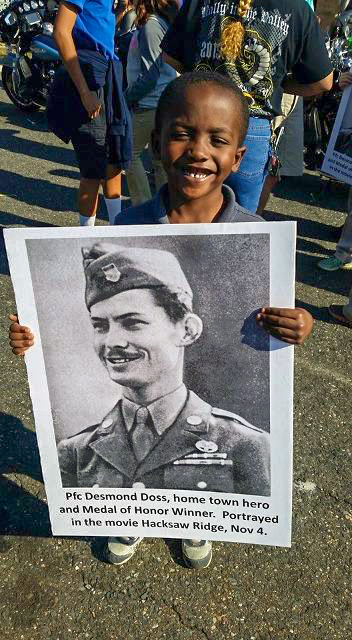 In conjunction with the Lynchburg Veteran’s Council, the various groups of veterans came together to ride in on their motorcycles to the school under Lynchburg Police escort in order to honor Desmond Doss. It was a great time for our students to mingle and converse with so many of our veterans who have served in the military, just as Desmond did. These service people came because they were moved by the life of Desmond Doss and wanted to honor his memory. When they discovered that Doss had been a long-time member of the Lynchburg Seventh-Day Adventist Church (the church that opened Desmond T. Doss Christian Academy) and more specifically that the academy was important to Desmond (and that he had even visited the academy multiple times to interact with the students), they chose to pay tribute to Doss by visiting with our students. 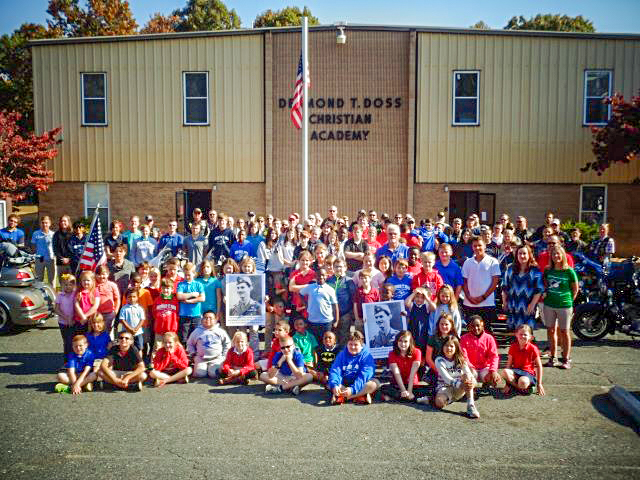 As you might have heard by now, Desmond Doss’ true life story and his courage, specifically in the Battle of Okinawa at Hacksaw Ridge, led to him becoming the first Congressional Medal of Honor winner who was a conscientious objector, and he is very accurately played by Andrew Garfield in the movie. We acknowledge that because of his story being shared in Hacksaw Ridge, our school has received many blessings, such as this visit and also being awarded a plaque from the City of Lynchburg in honor of Desmond Doss because of our history with Desmond throughout his life, including his visits with the school and interactions with the students before his death.

What a proud day to be part of the school to which Desmond gave his name, and what a blessing to be part of this tribute to Desmond Doss from these amazing veterans. We want to say thank you to all of those veterans for the privilege they gave us today. 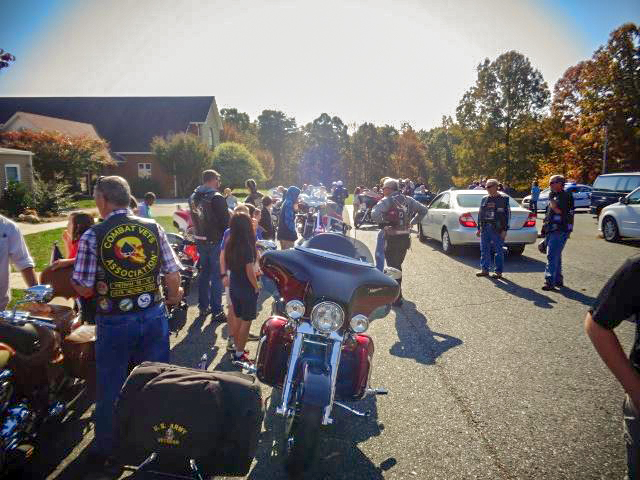 To see a lot more photos and even two short video clips from this special tribute to Desmond Doss, check out our second post about this event. And, please check our site regularly for more wonderful stories of what God is doing in this school, Desmond T. Doss Christian Academy, which proudly shares Desmond’s name.