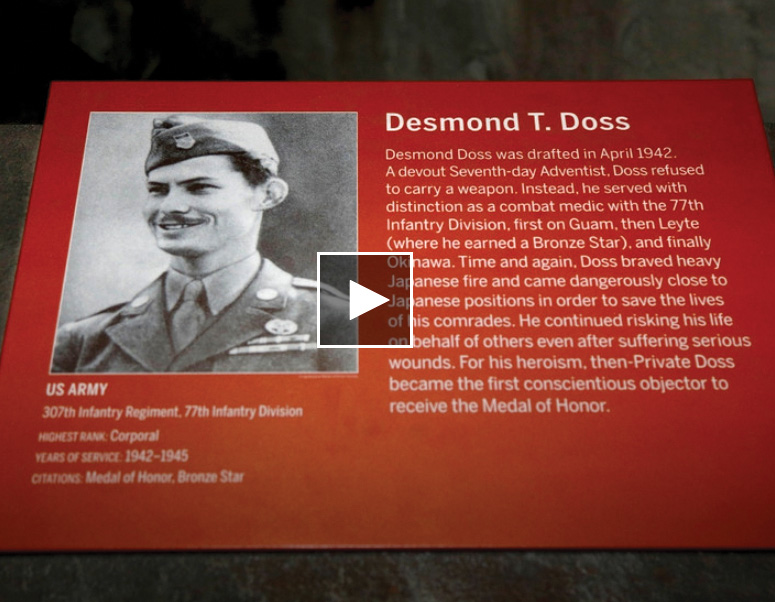 Our school has been honored to celebrate and remember Desmond T. Doss for many years now. Doss attended this school in his youth, and it was later renamed for him to honor his dedication to his faith while serving his country. He was a living example of Christ’s love for all men.

We celebrate the fact that this week marks the 75th anniversary of the battle where Doss saved the lives of 75 men in Okinawa, Japan.

WSET shared a story to commemorate this anniversary. Here is just a portion of that story:

“On May 4, 1945 during the Battle of Okinawa, Doss helped rescue at least 75 wounded men, including some Japanese soldiers, by lowering them down a cliff and treating their injuries. Doss was presented the Medal of Honor by President Harry Truman on October 12, 1945.

“His son Desmond Doss Jr. said this was how his father showed love to not just his fellow soldiers, but those they were fighting.”

You can read the full story and see a video of Desmond T. Doss remembered here: